MIAMI – March 2, 2016 – A Wells Fargo partnership with NeighborWorks America has allocated downpayment grants to homeowners in 40 communities throughout the U.S. through its LIFT program, with plans to expand further. So far, the program has helped more than 11,000 homeowners with downpayment assistance.

In Florida, four metro areas are part of the pilot downpayment program: Jacksonville, Miami, Orlando and Tampa. A list of the 40 cities and the local nonprofits that participate is posted online. The Neighborhood LIFT program also will be introduced in San Diego County from March 4 through 5 and in Philadelphia from April 1 to 2.

“The reaction we receive from home buyers receiving a downpayment assistance grant is true excitement,” says Kim Smith-Moore, LIFT programs national manager with Wells Fargo Home Mortgage. “Having completed homebuyer education, these 11,000 families and individuals are better prepared to be successful and sustainable homeowners over time.”

WASHINGTON – Nov. 11, 2015 – The Federal Housing Finance Agency (FHFA) announced an expansion of the Neighborhood Stabilization Initiative (NSI) to 18 additional metropolitan areas around the country, including four in Florida: South Florida, the Orlando area, the Tampa area and Jacksonville.
Effective Dec. 1, local community organizations in the metro areas will be able to buy foreclosed properties owned by Fannie Mae or Freddie Mac before the general public has a chance.
FHFA, Fannie Mae and Freddie Mac jointly developed NSI through a partnership with Fannie Mae and Freddie Mac and the National Community Stabilization Trust (NCST). The pilot program launched initially in Detroit and was later extended to the Chicago metro area.
“The number of REO properties that Fannie Mae and Freddie Mac hold continues to decline nationwide, but there are still some communities in which the number of REO properties remains elevated,” says FHFA Director Melvin L. Watt. “Our goal is to take what we learned in Detroit and Chicago and apply it to these additional communities as quickly and efficiently as possible.”
Watt says “giving local community buyers an exclusive opportunity to purchase these properties at a discount, taking into account expenses saved through a quicker sale, is an effective way to give control back to local communities and residents who have a vested interest in stabilizing their neighborhoods.”
The 18 metropolitan areas designated for NSI expansion include:
Akron, Ohio

Community organizations in South Florida estimate that about 2,000 foreclosed homes could eventually end up in the program, which focuses on homes valued at $175,000 or less.
“It’s very difficult to compete with investors who get distressed properties,” Terri Murray with the nonprofit Neighborhood Renaissance told the Miami Herald. “The investors are profit-driven while we are mission driven. This program evens the playing field for us.”
© 2015 Florida Realtors®

WASHINGTON – Nov. 4, 2015 – Most people don’t know that they can buy a home with only 3 percent down, Freddie Mac says. To boost homeownership, Freddie is partnering with faith-based organizations as a way to attract more potential borrowers to its 3 percent downpayment mortgage product.
In recent years, many faith-based groups switched their attention from homebuyer outreach programs to foreclosure prevention because the financial crisis took a toll on many existing homeowners. Freddie hopes that some of these groups will again start to focus their efforts on homeownership.
The initiative includes financial education seminars and counseling sessions hosted by faith-based bodies that will use materials provided by Freddie Mac.
The mortgage finance giant has also partnered with Quicken Loans, other lenders and non-profits to promote its 3 percent downpayment program.
Many consumers are qualified to own a home but may not realize that, says Chris Boyle, a senior vice president at Freddie Mac. “We do think there’s a market out there that is not coming to the fore, and millennials is one group,” according to Boyle.
Source: American Banker (11/03/15) Berry, Kate
© Copyright 2015 INFORMATION, INC. Bethesda, MD (301) 215-4688 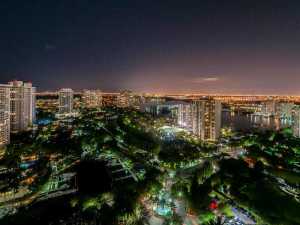 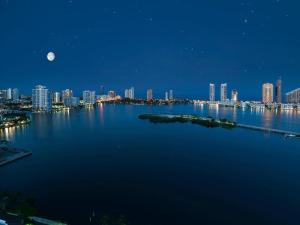 ORLANDO, Fla. – Oct. 22, 2015 – Florida’s housing sector continued its momentum with more sales, rising median prices and a tight inventory of homes for sale in September, according to the latest housing data released by Florida Realtors®. Closed sales of existing single-family homes statewide totaled 23,574 last month, up 13.4 percent over September 2014.
“Florida’s housing sector continues to show strength with more closed sales and an uptick in new listings,” says 2015 Florida Realtors President Andrew Barbar, a broker with Keller Williams Realty Services in Boca Raton. “September marked the 46th month that statewide median sales prices increased year-over-year for both single-family homes and townhouse-condo properties. Sellers received a higher percentage of their original list price, with single-family homes getting on average 94.3 percent and townhome-condos getting 93.2 percent on average. It also took less time to make the sale in September: a median of 46 days for single-family homes and 53 days for townhouse-condos.
“Sellers should take advantage of the strong market conditions with rising median prices, while would-be buyers can benefit from interest rates that currently remain at historically low levels and greater access to mortgage financing.”

The statewide median sales price for single-family existing homes last month was $199,900, up 11.1 percent from the previous year, according to data from Florida Realtors Industry Data and Analysis department in partnership with local Realtor boards/associations. The statewide median price for townhouse-condo properties in August was $150,000, up 5.1 percent over the year-ago figure. The median is the midpoint; half the homes sold for more, half for less.

“The Florida real estate market continues to hum along,” says Florida Realtors Chief Economist Dr. John Tuccillo. “We’re seeing increases in both sales and prices in virtually every metropolitan statistical area (MSA) and in both single-family homes and townhouses and condos. Inventory continues to decline and those declines have now reached homes at the $250,000 level.

“However, with pending sales down, mortgage accessibility increasing and interest rates due to rise, we think the market will even out as we go forward into 2016.”

Inventory continues to tighten, with a 4.4-months’ supply in September for single-family homes and a 5.2-months’ supply for townhouse-condo properties, according to Florida Realtors. Most analysts consider a 6-month supply of inventory as the benchmark for a balanced market between buyers and sellers.

According to Freddie Mac, the interest rate for a 30-year fixed-rate mortgage averaged 3.89 percent in September 2015, down from the 4.16 percent average recorded during the same month a year earlier.

The 69-year-old owner of a printing company said medical bills caused him to fall behind on mortgage payments and forced him out of his Pompano Beach residence, but he and his wife, Amparo, hope to return to the housing market this fall as “boomerang buyers.”

Last year, they qualified for a new program through Home Partners of America that allows them to lease a Margate home with the option to buy later at a predetermined price. They now can focus on qualifying for another mortgage without the added pressure of competing with renters and buyers in a red-hot real estate market.

“Moving is not a lot of fun,” Amanzio said. “This takes a step out of that process. Now we don’t have to worry about going to find another house.”

Home sales and values have been on the rise for the past three years, and this spring has been especially busy as buyers rushed to take advantage of an improved economy and mortgage rates in the 4 percent range. But many people hit hard by the housing bust aren’t participating in the recovery because they can’t qualify for a mortgage.

With some exceptions, Fannie Mae and Freddie Mac, the government agencies that back more than half of all home loans, require a borrower who completed a short sale to wait four years for another federally insured mortgage. A foreclosure requires a seven-year wait.

By 2022, more than 300,000 South Floridians who lost their homes during the bust will have cleared up their financial issues and become eligible to buy again, according to a report this year from RealtyTrac Inc., a foreclosure listing firm.

Paul Muolo, managing editor of the Inside Mortgage Finance newsletter, said borrowers who endured foreclosures or short sales should be able to own again, as long as they’ve rebuilt their finances and secured steady jobs.

“Yeah, sure, why not?” Muolo said. “It’s just like anything. Just because you were caught smoking behind the locker room in high school doesn’t mean you should be tarred and feathered for the rest of your life. It’s a new era.”

To reach those potential owners, Home Partners launched its lease-to-own program in 2012 and moved into South Florida last summer, so far investing $18 million in purchasing 58 homes. The Chicago-based company says it has bought more than $700 million of single-family homes in more than 30 markets nationwide.

Residents qualify for the program by proving they have sufficient income and no excessive debts. They select a real estate agent of their choice to help them find properties. Home Partners negotiates with the seller, paying cash in hopes of securing the deal.

After the sale, the company may repaint or make other minor cosmetic changes. The tenant moves in and rents the home but is under no obligation to renew the lease or to buy the property.

The rent increases annually at 3.75 percent. During the first year of the lease, the resident can buy the home at any time by paying 5 percent above Home Partners’ total acquisition costs, including renovations.

For example, if the company spent $300,000 on a house, the resident can buy it at any point during the first year for $315,000. The price increases by 5 percent each year after that.

Home Partners doesn’t provide financing, so buyers have to obtain their own loans.

The Amanzios picked out a three-bedroom lakefront home with a pool. Home Partners bought it last fall for $286,000 and made minor repairs and upgrades before they moved in.

Kaplan said residents probably can find less expensive rental homes without being in the program, but the major benefit is that it puts people who want to own on the path back to homeownership.

“Nobody has a crystal ball, there are no guarantees, but the resident has a chance to buy a house at below today’s market values,” he said. “The worst-case scenario is they move out after a year. This is a no-brainer.”